Sorry for the radio silence the past few weeks, but I’ve been in Water Damge Hell. My washing machine broke and flooded the bathroom, and then after it was “fixed” it broke again, and flooded the bathroom a second time. So the past two weeks have been nonstop intrusions by repair workers, scheduled and unscheduled, to take moisture measurements, test for lead paint and asbestos (yes, there is asbestos in my walls, apparently .ᵐ.), drop off indstrial drying equipment, take my washing machine out of the bathroom and just stick it in the middle of my living room, tear up carpet, remove chunks of drywall, and more. Suffice it to say, it’s been hard to get work done.

But that doesn’t mean I haven’t done anything! Here’s what I’ve managed to get done:

The gameplay prototype is nearly done! I spent a good deal of time implementing a free-climbing system a la Breath of the Wild. I’m fairly satisfied with the results, although I’m sure I’ll need to rework it at some point in the future.

The scrap crab is just about finished too:

It’s got animations, AI, and basic functionality. I just gotta add a death animation and some other polish. After that, it’s just some environment design and I’ll be ready to release a gameplay prototype. It won’t be anything super amazing, but it’ll at least provide a basic idea of what gameplay will feel like.

Admittedly, I’ve also gotten a little distracted working on a different project, because I have the attention span of a goldfish. That project is:

That’s right! An MMO FPS! Basically the best possible example of “what not to attempt if you’ve never made a game before.” But don’t worry, I’m an idiot and I’m gonna do it anyway. And I won’t be doing it alone either; several of my friends are on the team as well.

The main point of interest around this project is a federated network (like mastodon). Folks can host their own server instances for it, and in addition to providing capacity for the network, each instance can host its own custom content, like custom areas, missions, raids, you name it. 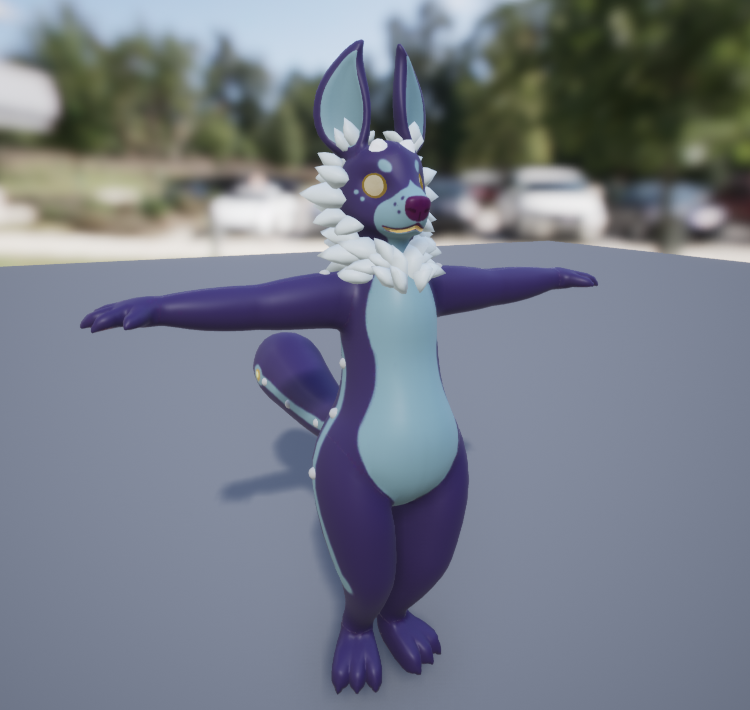 This will very definitely be a long-term development project. That being said, like the adventure game, I do want to get a basic prototype up and running as soon as possible, to let folks see what’s in store, and to get feedback about the project. I’ll also be developing some open-source tooling to go along with it, including a kitbashing system that integrates with blender to facilitate a modular content creation workflow, and backend server components written in rust.

That’s all for now. If you’re worried about the MMO project taking time away from the adventure game, don’t worry! I still plan to work on it for the forseeable future, and like I said, it’s more than just me working on the MMO.

My next post will probably be announcing the adventure game prototype! I’m excited and nervous (even though maybe like 3 or 4 people are actually gonna play it lol). I’ve wanted to make an open-world adventure game like this for a long, long time, and this is the furthest I’ve gotten so far. It makes me really happy to see it come to life, and I hope you will enjoy seeing it come together too!