Here’s a little update on what I’ve been doing for my still-untitled adventure game project.

I’ve started working on the environment for the gameplay prototype: A scrapyard! This may seem like an odd choice for a first area, but the scrapyard does have plot significance, as you will see later… 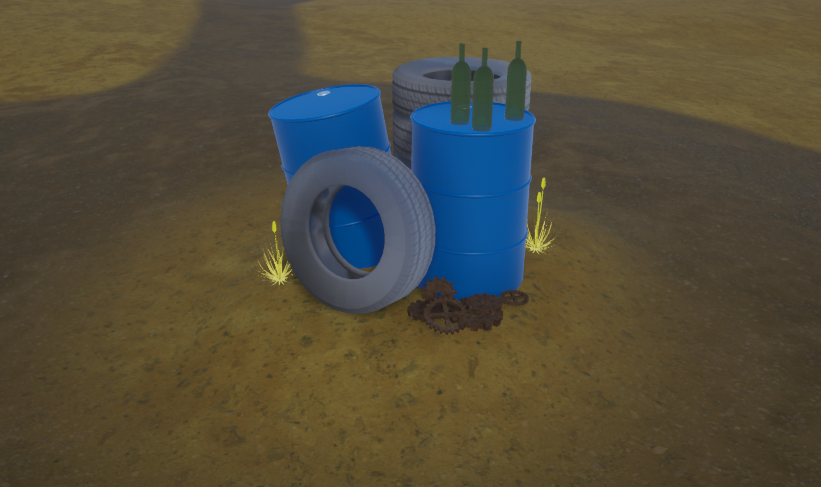 I’ve also started working on the first enemy: a hermit crab that finds a home in pieces of junk. Bigger, tougher crabs will have bigger “shells”, and in some cases, the shell can even give them extra abilities! 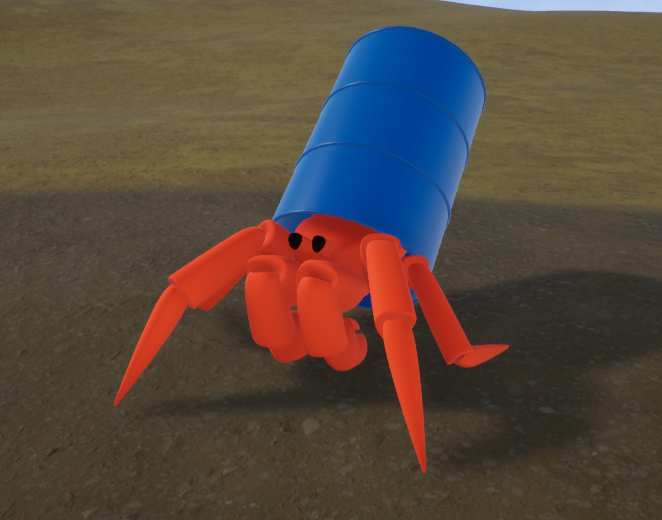 The inventory screen I showed on masto earlier is now fully functional, including picking up, dropping, and equipping weapons.

I also modeled another weapon: a pipe wrench. Not much to say here. 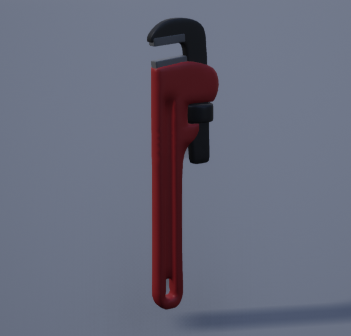 There’s still a few kinks to be worked out… but as you can see, combos also work now, with a whopping two (2) different attacks!

The thing that’s been taking up most of my time is the free climbing system. I’ve reached a point where it works well enough, but I’ll probably have to rework the system at some point.

That’s all for now. It doesn’t feel like enough for how long it’s been, but the decision to include the climbing system in the prototype (it’s an important part of gameplay) has added a lot of work to do. I’m way behind my own personal schedule for the prototype, and I’m gonna redouble my efforts in the coming weeks to try to get something tangible out there for folks to see. Once I’m done with that, I’d like to get a vague roadmap together so folks can kick my ass if I slack off.

If you like what I do and you wanna help me pay my bills and stuff you can pledge to my Patreon, or you can donate through Ko-fi. If you pledge on Patreon at $5 or more, you’ll get updates sooner, and even see some exclusive behind-the-scenes sneak peeks you won’t see otherwise.

Thank you for your patience, and your interest. It means a lot to me.