© trashbyte 2022
Based on Hydeout
Powered by Jekyll

Here it is! The project I’ve been the most excited to work on lately. 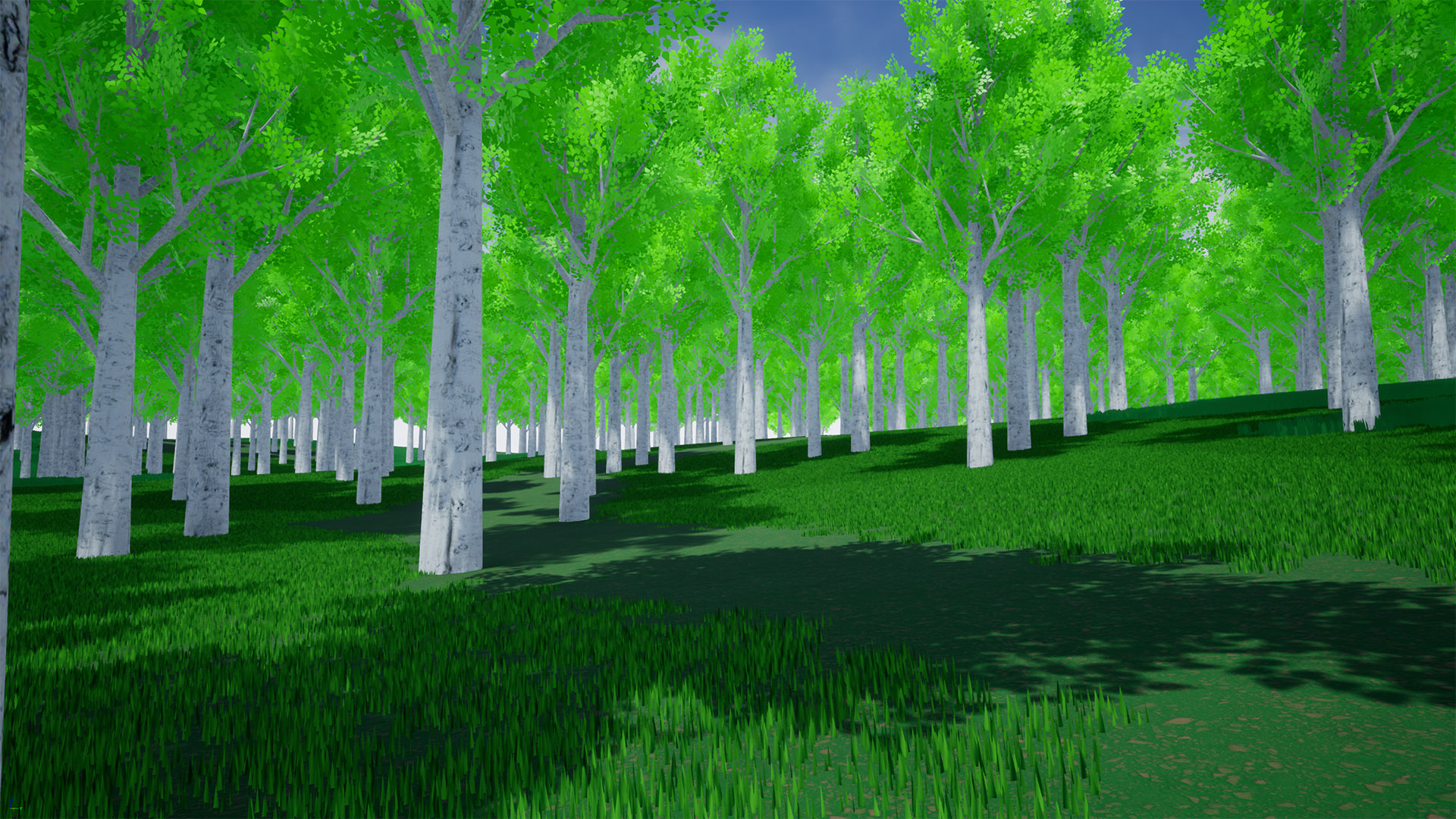 You play as this cute critter here: 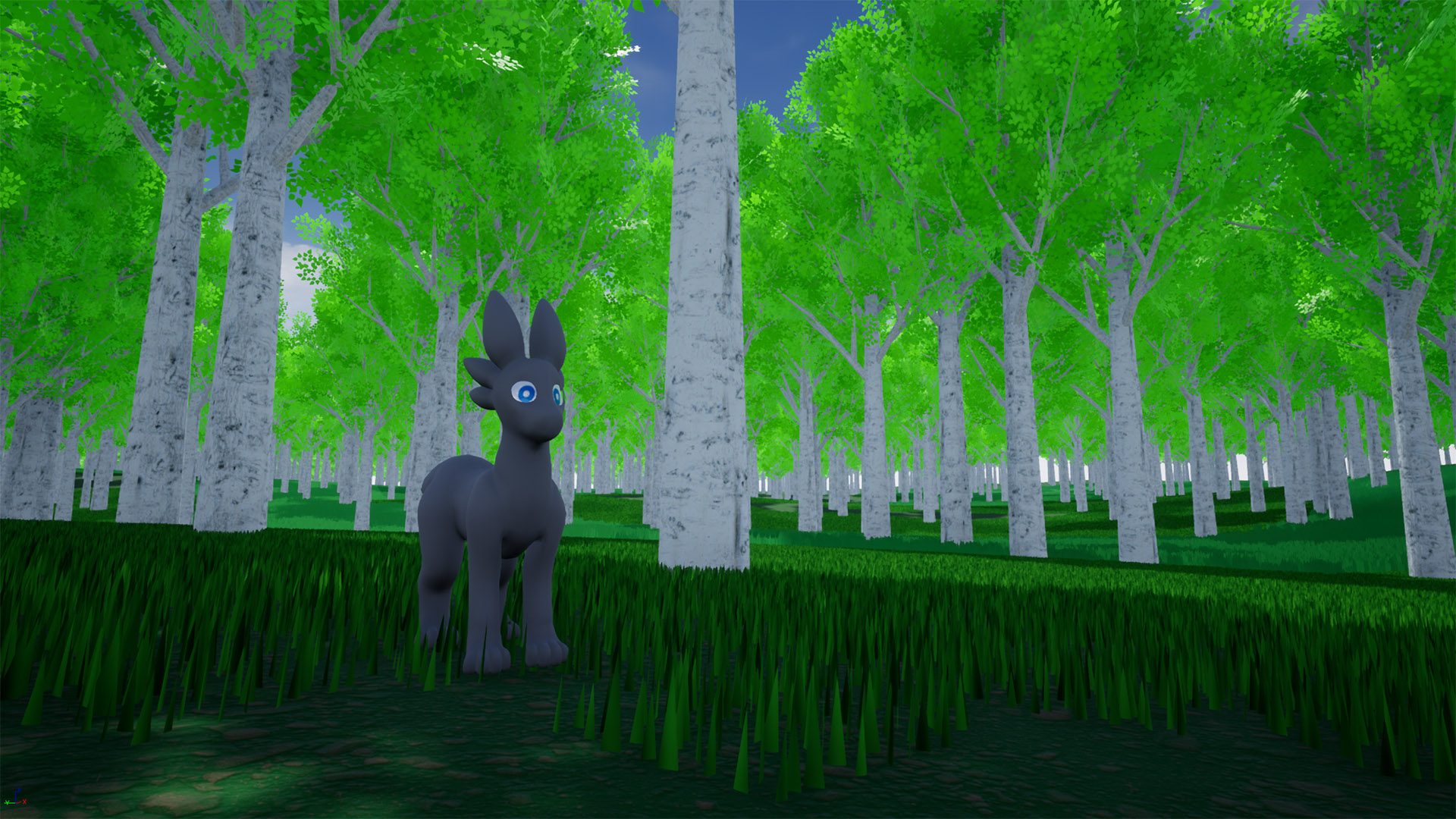 They’re currently missing quite a few things. Like… a mouth. Or… any kind of fine design details. But the base is rock-solid! And by rock-solid I mean adorable.

So far I’ve implemented a whopping one (1) enemy. This imposing fellow: a Cinderhound, a dog made of smoke. 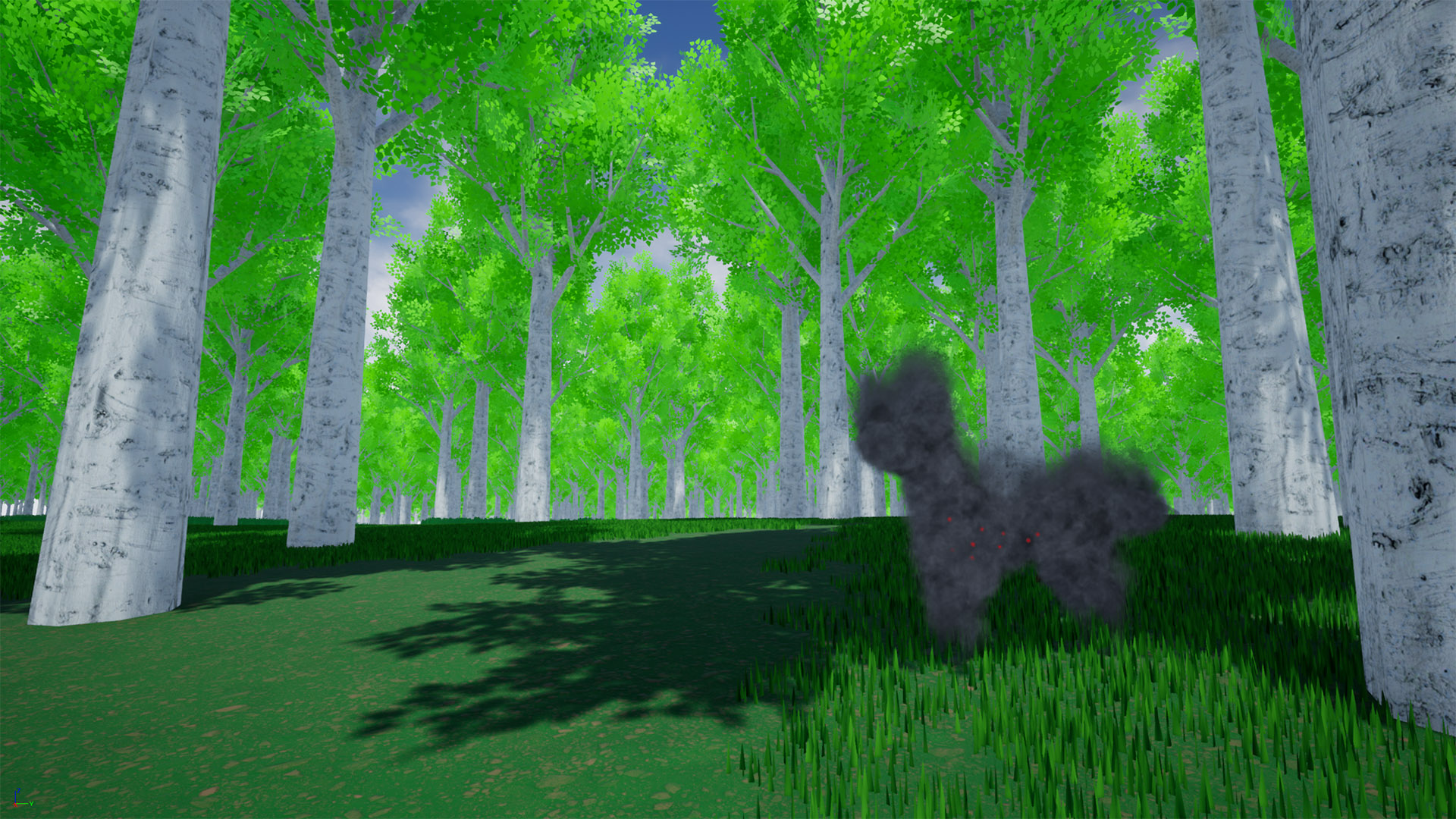 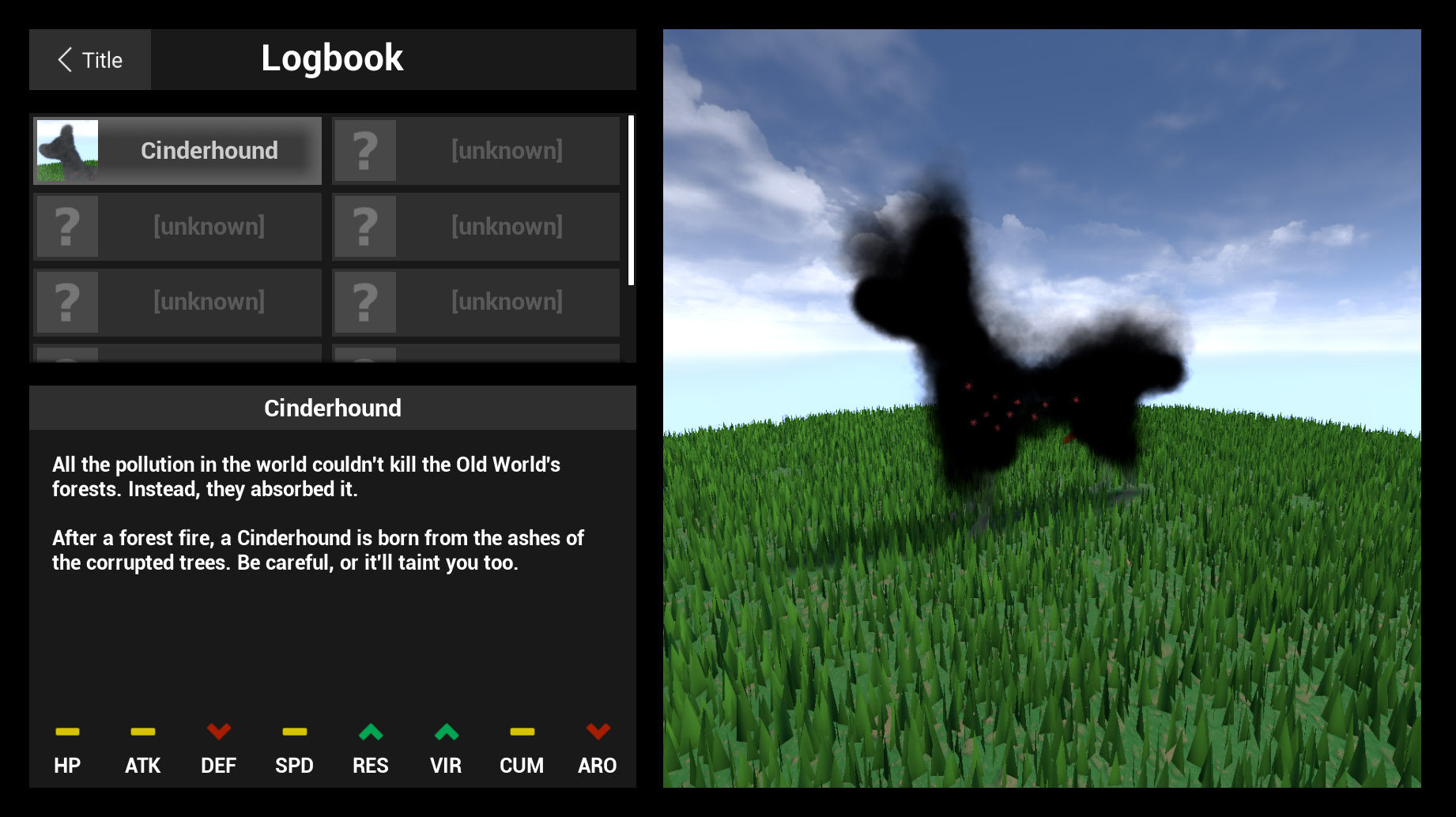 Those red bits floating around are embers. They glow when it uses its smoke tackle ability.

You’ll notice the screen dim when you get hit. That’s a status effect ✨. Status effects in this game work like in the souls series: effects build up with a meter to show the strength, and something bad happens when the meter fills up. You can see the meter in the bottom-left corner. The effect you see above is “smoke blindness” (needs a better name imo) which clouds your screen with smoke, thicker and thicker the more effect you have built up. When it reaches the maximum, you’ll start coughing which makes you unable to use abilities and forces you to walk slowly, until the effect subsides. It leaves you quite…. vulnerable. :3c

The Cinderhound also has a smokescreen ability, which creates a cloud of smoke that persists for about 10 seconds, and inflicts smoke blindness on you if you stand in it. 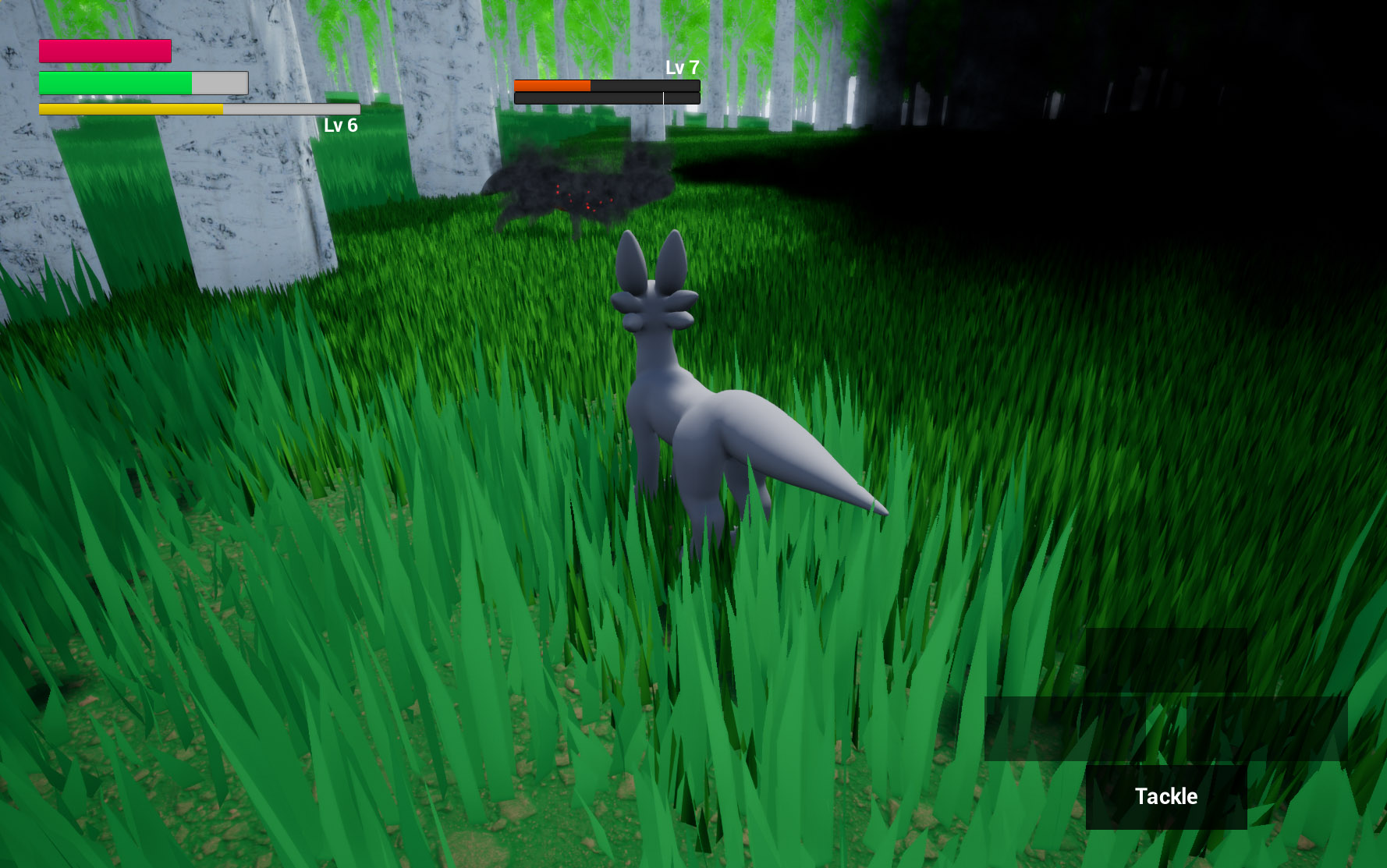 The one area I’ve made so far is the forest: 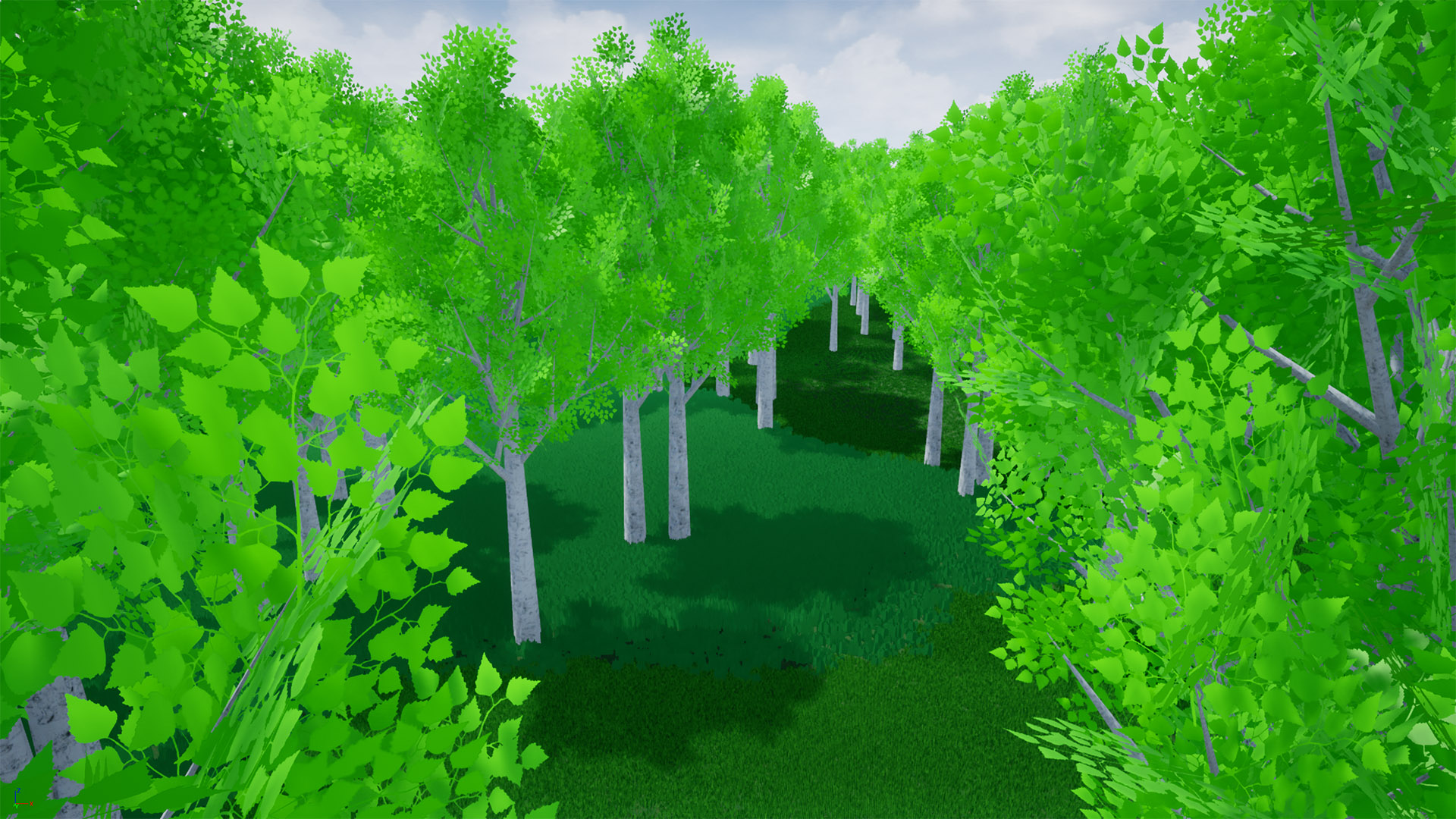 It’s sort of unremarkable at the moment, since I’ve been focusing mostly on mechanics, at the cost of some environmental polish. I definitely have a few additions planned in the near future though. 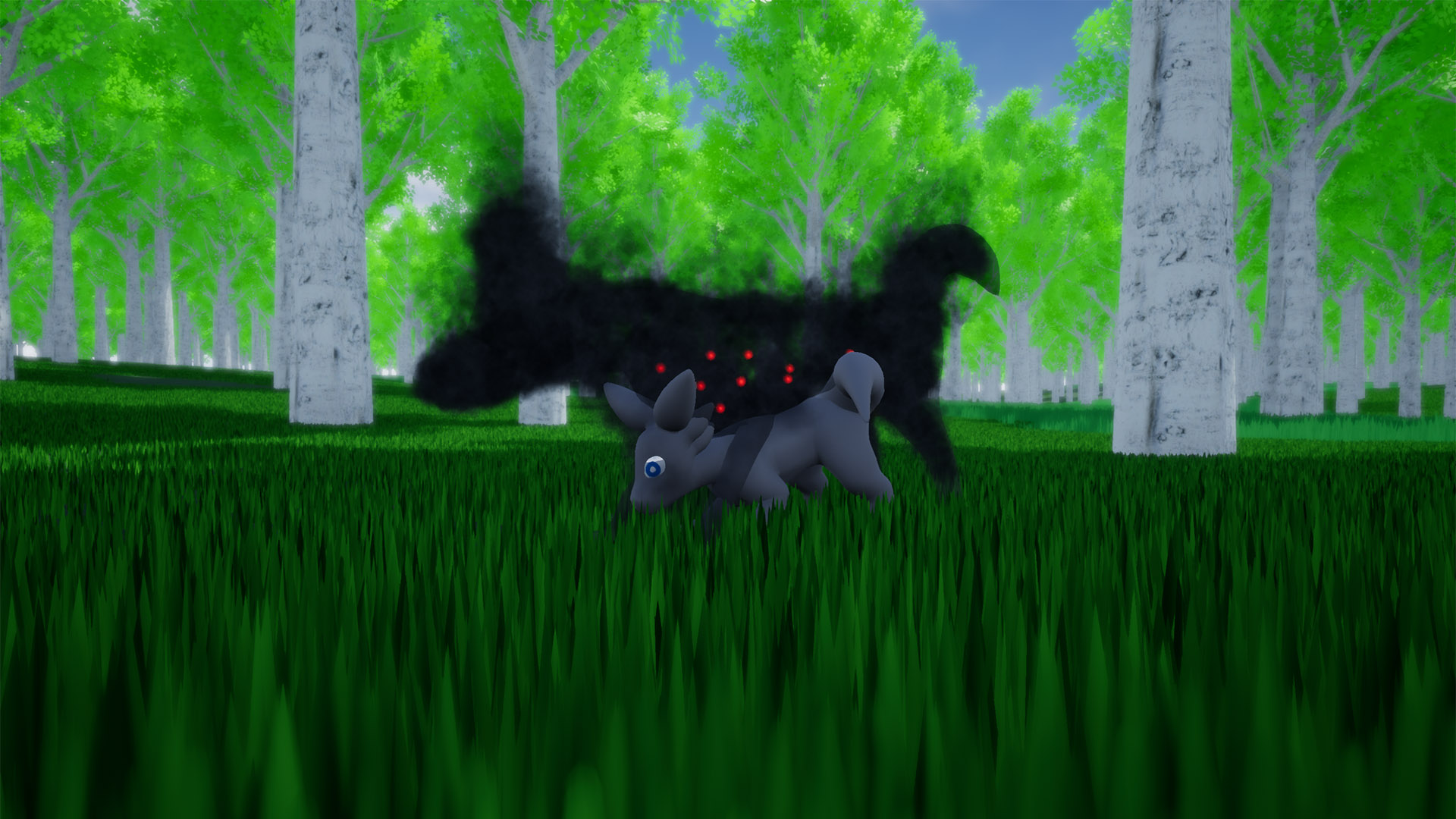 The main focus of this game is the stereotypical “you lose you get fucked” deal, which I originally kinda felt bad about. Not only was it cliché, it also depicts sex as a negative thing. And of course, a game that you want to lose is kinda antithetical to the whole, game-playing… thing.

But then I remembered I was making a sex game, not writing an ethical manifesto. So here we are.

I plan to include a whole bunch of different critters, environments, abilities, and more. The game is currently extremely early in development (this is like 2 weeks of work lol) but I’m hoping to have a very basic functional demo out soon. Unfortunately, due to a bug in Unreal Engine, I can’t currently package builds of the game, which means the only way I can distribute it is by letting folks download the whole project and open it in the editor. Far from an ideal solution.

Packaging issues aside, I plan to release dev builds every two weeks. However, they’ll be delayed by two weeks for the public. If you pledge to my Patreon at the $5 tier or higher, you’ll get access to these builds the day they come out. Sorry about the paywalling, but I gotta pay rent somehow. If I get enough support on Patreon to live off of it (probably ~$500/mo) then I can drop the paywalls and release everything to the public for free. That’s what I want to do, I just gotta have some incentive for now so I can pay the bills. The game itself will always be free, dev builds or final release, you just might have to wait two weeks. If you don’t like Patreon, you can also support me on Ko-fi.